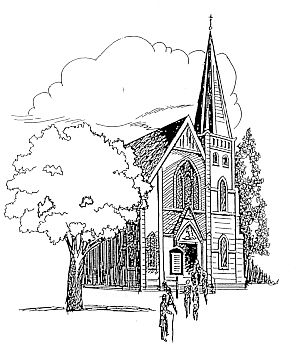 Immanuel Lutheran Church, or Deutschen Lutherischen Immanuels Gemeinde zu Alameda, as it was first named, started meeting in 1883, and because he was approached by the group of faithful Lutherans from Alameda with the request to serve them with the word of God, the Rev. J.H.Theiss, pastor of Zion Lutheran Church, Oakland, cheerfully consented. Worship services were soon conducted in the home of Mr. And Mrs. Louis Meyer. A Sunday School was also organized and placed under the supervision of teacher J.C. Theiss of Zion Church. A Ladies’ Aid Society was formed on April 17, 1884. With God’s blessing resting upon pastor and people, larger quarters were soon required. The group succeeded in securing the Congregational Church for services and Sunday School.

Plans and specifications for a new church, prepared on their request by the San Francisco architect Julius E. Krafft, were approved and accepted on July 6, 1890. In August, a contract was let to contractor Herbst & McLeod to construct the church for $5,199.00.
With the Reverend J.H. Theiss delivering the sermon, the dedication of the church was held on January 4, 1891. With equipment, the total cost was $9,274.69. Three days later, the Congregation passed the resolution to unite with the California and Oregon district, Missouri Synod. Today, we are proud members of the ELCA. 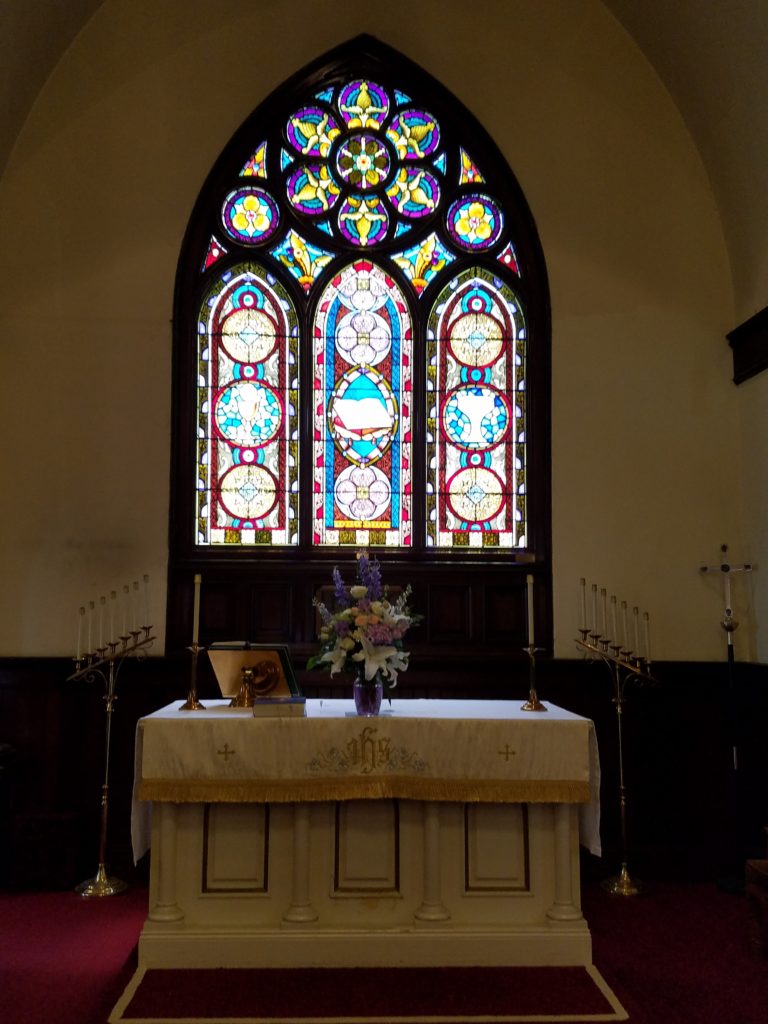 While church lore held that all of the church’s Gothic-style stained-glass windows came from Germany transported here on “tall ships” that sailed around “the horn” to get here during construction, more recent research has uncovered a very strong attribution to John Mallon of SF. According to their account book in German, the Ladies Aid Society paid $489 made to “Herr Mallon.” John Mallon (1828-1897) was a prominent stained glass maker during the second half of the 19th century in San Francisco; he started his glass cutting workshop in 1858. Mallon received several important commissions during the latter decades of the 19th century, such as the stained glass in the dome of San Francisco’s original City Hall and several churches and synagogues in San Francisco, none of which survived the earthquake and fire of 1906. He also produced stained glass windows for residences, hotels, steamships, two churches in Sacramento, and the windows in California’s building at the Chicago 1893 World’s Columbian Exposition. Mallon won several awards for his work in 1884, 1885, and 1886 at the San Francisco Mechanic’s Institute Association’s annual exhibition. The stained glass windows cost approximately 10% of the cost of the church’s construction, a significant purchase for a relatively small congregation. Immanuel is unusual also in that it commissioned all the windows at one time, rather than installing clear glass windows and gradually replacing them as donors made bequests.

.  Immanuel has been active in the community almost since it’s beginning, by becoming a First Aid station in the 1906 earthquake.  Today the Immanuel community resonates with the history that founded it,  grounded in a great tradition. While Pr. Dorothy (Dot) Lundgren, along with the members and many community volunteers, Preschool and staff gives Immanuel a warm small town feel, our vision and outreach is pointed out to the world.

If you have never been to Immanuel, we welcome you to visit anytime.  If you care to stop in for a service, event, or just to meditate, you’ll be welcomed with open arms and received as part of the “family of Immanuel”. 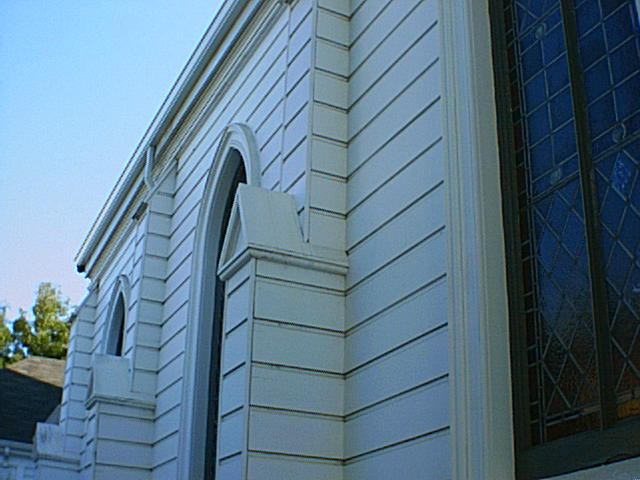